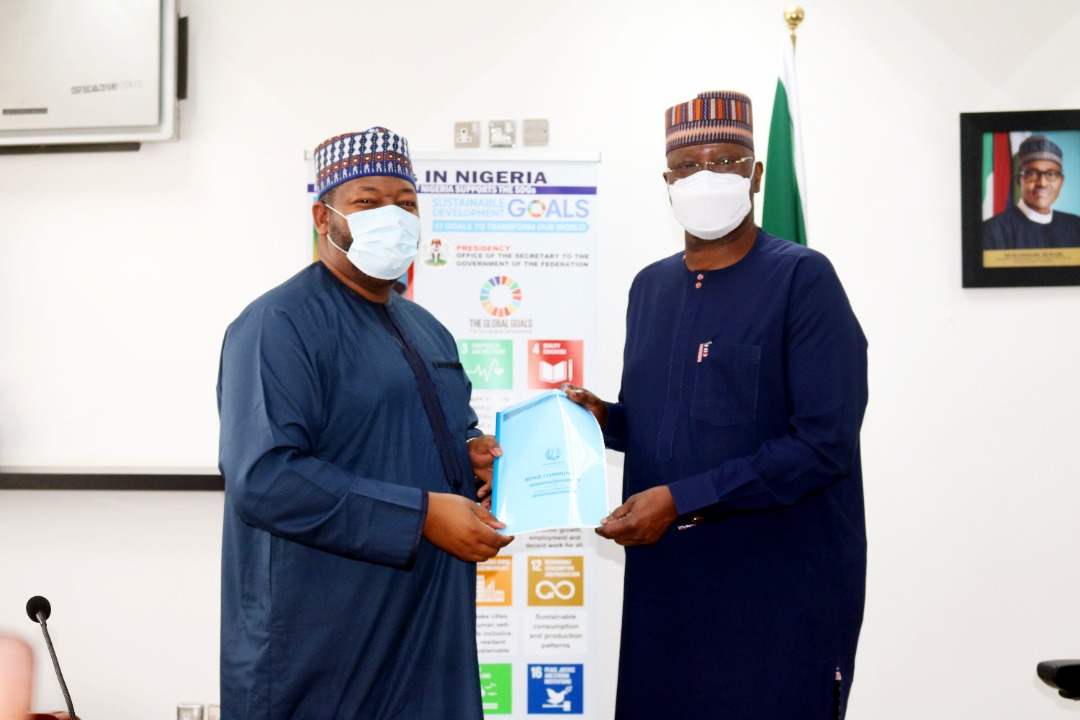 The Secretary to the Government of the Federation, Boss Mustapha, has described the All Progressives Congress (APC) Youth Platform as a successor generation which has brought the party to the limelight by constantly projecting policies and programmes of the party to the Nigerian people.

SGF made the disclosure when he received in audience the members of the APC Youth Platform led by its National Youth Leader, Barr. Ismaeel Ahmed in his office.

He expressed his satisfaction on the efforts of the party in raising a successor generation of youths who have the capacity to contribute meaningfully in the governance process. In his words:

“It gives me satisfaction that we are truly in the process of raising a successor generation which is very important. And I have course to share with Mr. President on couples of occasions about it. In the remaining part of this administration what we would be concentrating on is to strategically and decisively begin to put in place an infrastructure that would churn out the successor generation for us. I believe that the future belongs through your membership and the future of the party can only be sustainable under what Mr. President stands for, which is, to invest in committing the leadership of the party and the leadership of governance to this successor generation we have raised.”

SGF commended the APC Youth Platform for organizing the Progressive Youth Conference which brought together progressive youths who brainstormed of the issues affecting the nation and also proffering solutions to them.

The National Youth Leader, All Progressives Party (APC), Barr. Ismaeel Buba Ahmed appreciated the SGF for his commitment to the party and the Youth Platform of the party. He used the opportunity to thank the President for his interest in the activities of youths in the party as shown in the full participation of the SGF at the just concluded Youth Conference.

He urged the party to pay more attention to the yearnings and aspirations of youths in the party.

In her remarks, Hon. Princess Miriam Onucha, Member of the House of Representatives, thanked the government for involving youths in the leadership positions in the country. She also appealed for move involvement of youths in politics so as to leave legacy that would stand the test of time.